We are very proud of the close working relationship we have with Holy Trinity Church and St. Peter's Church communities, working together for the 'common good'. Our two churches play an integral role in the life of the school, enriching the spiritual, moral and ethical aspects of the curriculum. 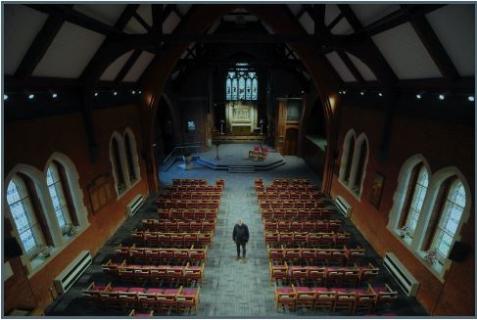 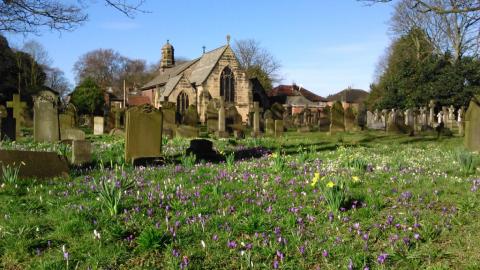 'Uganda Together We Can' - St. Peter's Church Project

Working alongside St. Peter's Church and Kalule Primary School in Luwero, eleven members from Trinity St. Peter's community visited Uganda in May 2018. Whilst in Uganda, the team worked closely with the school, church and women's group to provide support and identify areas that required future development. Our staff explained our 'SHINE' values to Kalule community and also taught the pupils our school song 'Rise and Shine'. Staff also taught staff and pupils phonics. Each class at Kalule Primary School replied to our children's letters and were very excited and appreciative of the pencil cases the children at Trinity St. Peter's had also sent them.

Following on from this trip, we took part in a 'Zero Hunger Fun Run' and held a 'Uganda Day' at school. As part of this, the children made t-shirts for the children of Kalule Primary School and wrote letters to them.

In May 2019, a slightly bigger team of eighteen members from Trinity St. Peter's community returned to Uganda. Days were busy as the team engaged with teaching, crafts, planning, painting or carpentry, and played with the children during break time. A particular highlight was the arrival and installation of colourful playground equipment, which the children of Kalule Primary School were thrilled to have received. The team looked at possible sites for two chicken projects – one for the women and one for the school. New skills were shared with the women at the women's project, to help them raise money for their families and pay for schooling. Staff supported teachers in developing their learning environment and teaching. Each class at Kalule Primary School eagerly replied to the letters they had received from our children and were extremely excited and thankful for the lovely t-shirts the children at Trinity St. Peter's had also made for them.

The work is underpinned by the Christian values of Koinonia, Compassion, Dignity and Justice which are rooted in the Biblical scriptures; The Birth of the Church, Feeding of the 5000, The Widow's Olive Oil and The Parable of the Persistent Widow.